In EPH we are fully committed to responsible operations of our entire portfolio, while meeting interests of our key stakeholders. Our focus on carbon-free and low carbon generation is evident from our power plant fleet. Large portion of EPH EBITDA comes from energy infrastructure assets that are bundled under EP Infrastructure and carry negligible CO2 footprint.

The core business of our second pillar, EP Power Europe, is power generation, whereas we are dedicated to meeting strict environmental targets in operating all our conventional capacities. We continuously invest in our plants and make use of innovative technologies gaining additional operational efficiencies while we stand ready to decommission technology that becomes obsolete. However, in the mid-term, lignite/hard coal will continue to play an important role in the energy-mix of several European markets to secure constantly growing energy and electricity requirements. We expect that the importance and subsequently the installed capacity of lignite/hard coal will gradually decrease in Europe and we respect the direction taken in the respective countries. This decrease will apply to each energy market differently.

Meanwhile, we are committed to fulfill our liabilities associated with recultivations of the mining sites, bolstering biodiversity and restoring both forest and agricultural land. We honour commitments to our employees and their families, emphasize health and safety at work, as well as personal development. We are not only active in our core business, but through EPH foundation, J&T foundation and other subjects, also in funding projects of regional and cultural development, supporting science, education, sports and physical education as well as disadvantaged groups. We aim to continuously improve in all fields of our activities to the benefit of all our stakeholders. 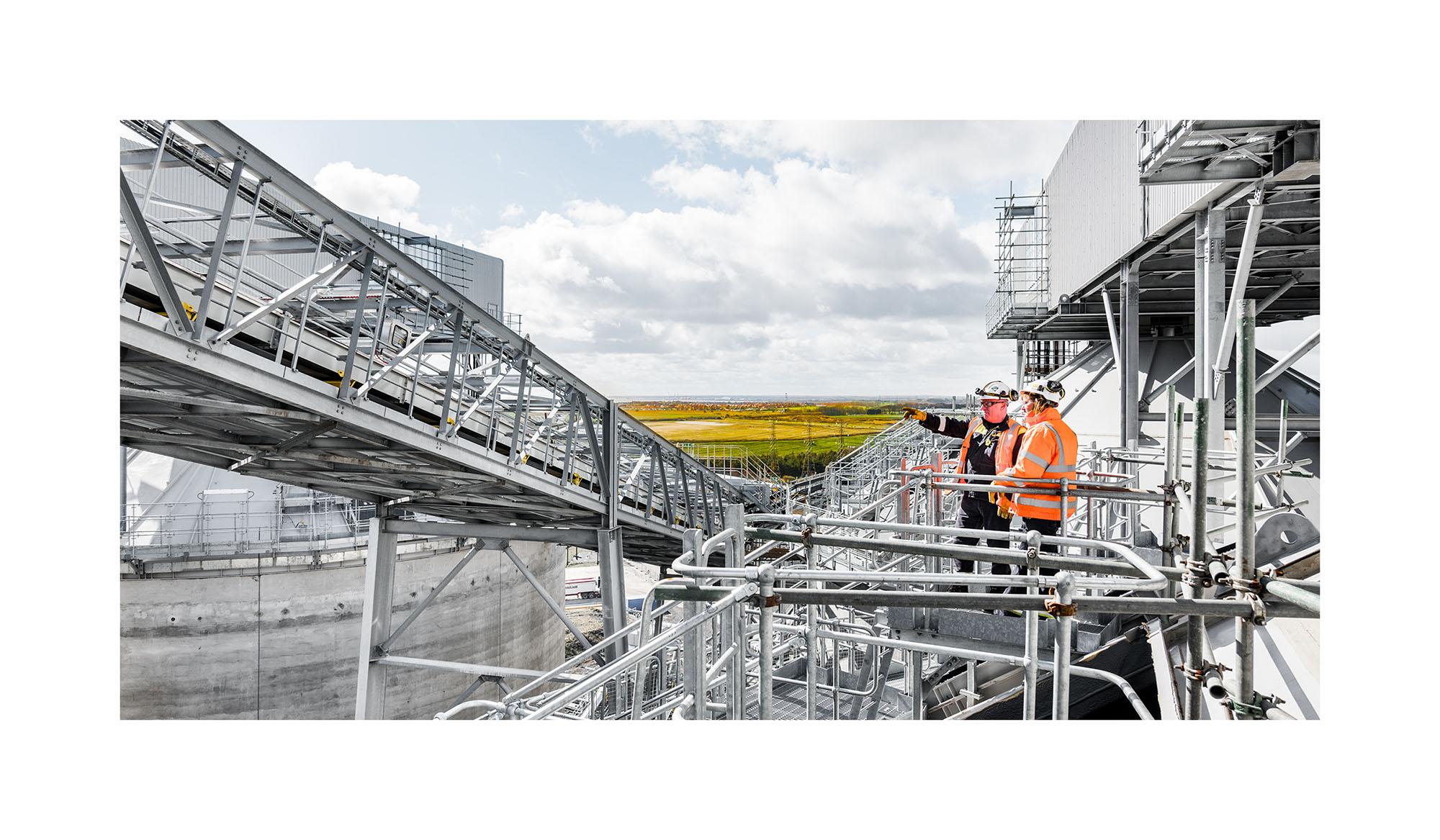 The biomass conversion project in Lynemouth will save approximately 2.7 million tons of CO2-eq emissions

In 2017, the conversion of the Lynemouth power station from coal to a 100% sustainable biomass-fired generation plant entered the final construction phase and major maintenance outage works were concluded. By the end of the year, construction activities at the main power station site were substantially completed with the project on track for commissioning to commence during 2018, targeting to begin full generation in April 2019. Significant aspects of the project included the construction of a new dedicated biomass fuel handling facility in the location of a former coal-yard, modification and upgrade of the boiler and power infrastructure and the installation of significant new electrical and control systems to enable Lynemouth power station to operate as a world-class facility. 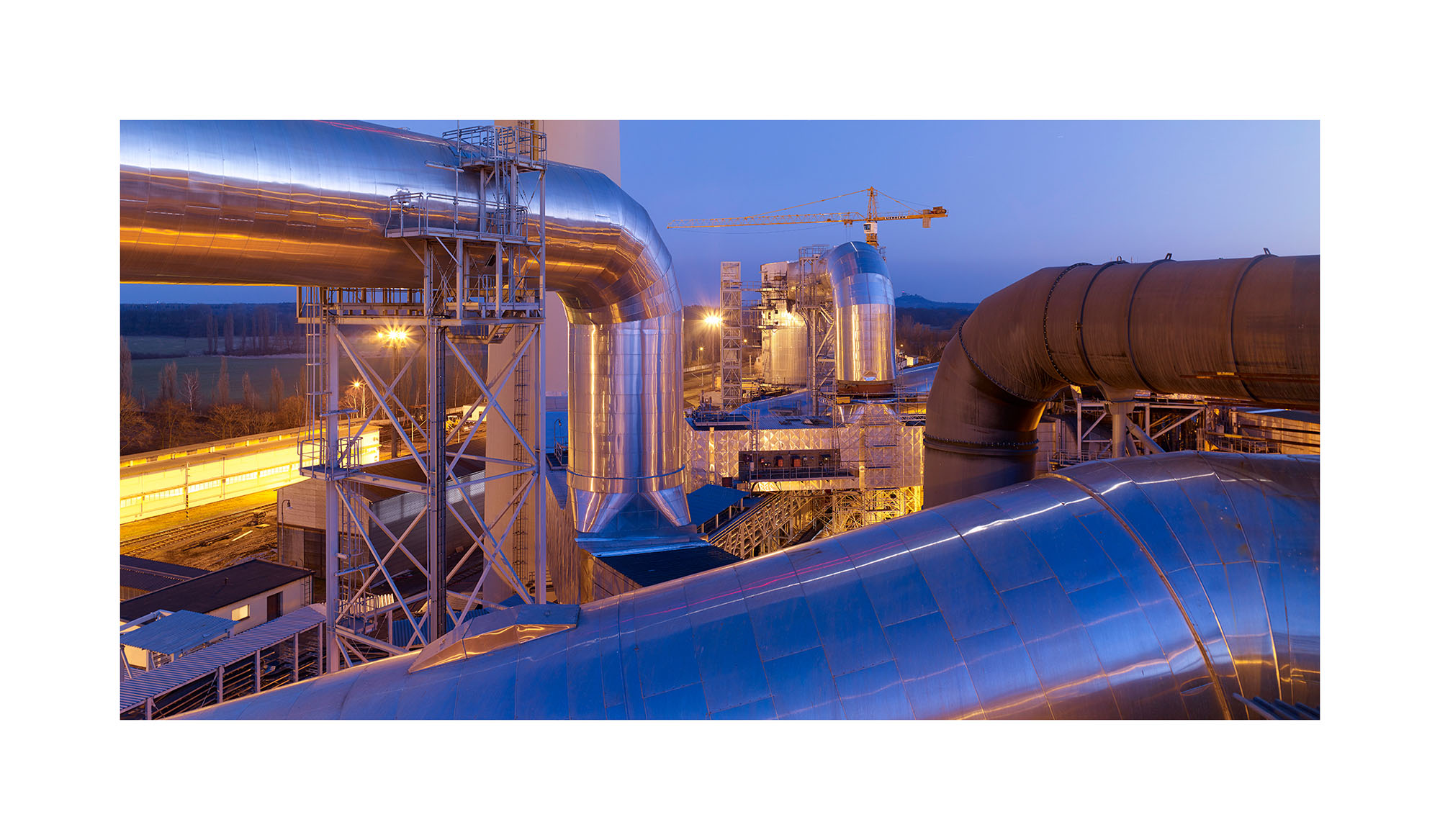 2016 stands out as a strategic milestone for the ecological targets of EOP (Elektrárny Opatovice) with a successful three-year program. These projects, including boiler retrofits and desulfurization systems, bring a significant achievement in emission reductions of 3,300 tons of SO2, 600 tons of NOx and 100 tons of PM annually in the Pardubice and Hradec Králové regions. EOP is committed to achieving high standards of environmental performance in the energy sector and to reduce emissions to a practicable minimum by continually improving the systems, process and environmental performance.

The modernization and development of cogeneration lignite-fired power plants consisted of four precisely planned strategic investment projects to ensure the production plants are aligned with a new emission standard. The total investment of EUR 119.5 million was co-funded with EUR 20.1 million grant by the Cohesion Fund of the European Union via the Operational Program for the Environment.

Eggborough has begun the process of decommissioning

Eggborough power plant played a crucial role in securing the electricity supply in the UK market, with its extremely tight reserve margins. The plant was built between 1962 and 1970, and first began generating electricity in 1967. The aquisition by EPH was finalised in January 2015.
Following agreement with the UK government, Eggborough entered into a Supplemental Balancing Reserve regime in December 2015 and served as a strategic reserve for the TSO until February 2017, which was a result of our continuous dialogue with stakeholders. This resolution led to reducing GHG emissions by some 7 – 8 million tons on an annualised basis compared to 2014. At the beginning of 2017, Eggborough entered a capacity agreement with National Grid, and was ready to provide power namely in the winter of 2017 – 2018, but failed to qualify for the capacity agreement in period from October 2018 to September 2019. Thus, process of decommissioning has started and is in the final stage currently.

Decommissioning of Mumsdorf power plant in Germany led to an annual saving of about 800 ths. tons of CO2-eq emissions

In 2013, EPH decommissioned the Mumsdorf power plant, which caused GHG emissions within MIBRAG to decrease by over 40% or approximately 800 thousand tons CO2-eq p.a. In 2015, we agreed to voluntarily participate in the security stand-by mechanism that was being set up by the German government in relation to our Buschhaus power plant. This effectively shortened the power plants’ lifetime by 14 years. The plant entered into the security stand-by mechanism in Q4 2016 and hence reduced GHG emissions by over 2 million tons CO2-eq p.a. and approximately 30–35 million tons CO2-eq for its remaining technical life time.

In 2017, EPH completed acquisition of Biomasse Italia and Biomasse Crotone, becoming leader in the renewable energy production from solid biomasses in Italy

Biomasse Italia and Biomasse Crotone are among the largest Italian companies producing energy from solid biomass. The companies own and operate two woodchip biomass power plants with a total installed capacity of 73 MW and a complementary photovoltaic power plant located in Strongoli, managed by Biomasse Italia with an installed capacity of 1.2 MW.

The biomass power plants began operation under the CIP61 incentive scheme for 8 years (Crotone power plant until 2009, Strongoli until 2011). Thereupon, a major revamping of the both biomass power plants was initiated in order to meet the requirements of the Green Certificates market. This investment of EUR 90 million was aimed at maximising efficiency and production reliability in compliance with the highest standards of environmental protection. 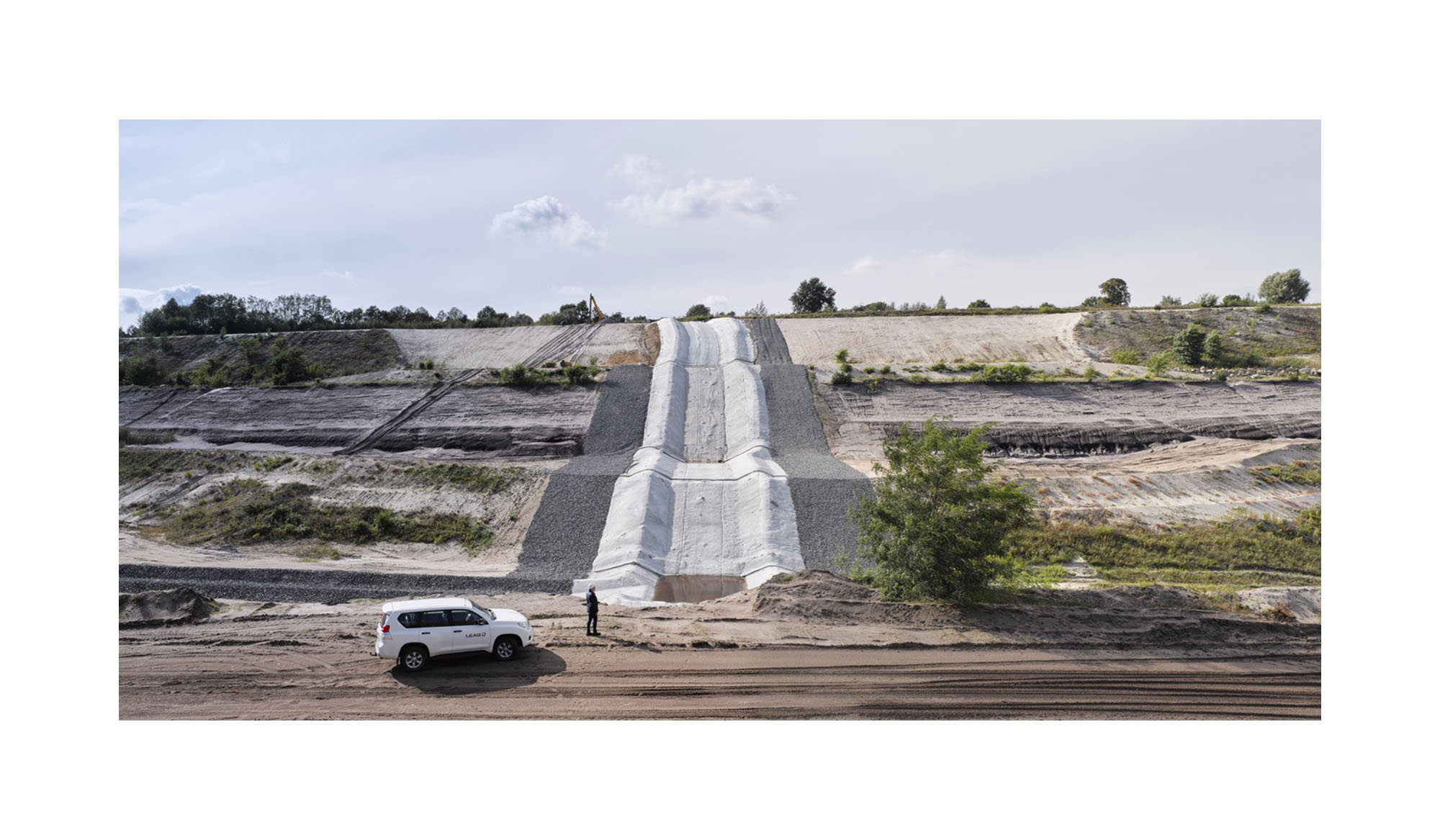 The process of flooding the old mine Cottbus Nord thus creating the largest man made lake in Germany (19 km²) has just begun.

Mining activities in Cottbus-Nord opencast mine ended according to plan in December 2015. Cottbus-Nord was the frst opencast mine in the Lusatian mining district to close since 1990. With the decommissioning of mining and conveyor complexes the site entered a new phase of post-mining landscape restoration. The envisioned Cottbuser Ostsee Lake will become reality: Only a few kilometres from the centre of Cottbus the 1,900 hectare lake is being created over the next few years and will be completed by the mid-2020s. It will be the largest lake in the Federal State of Brandenburg and Germany’s largest pit lake. In addition to tourism, the Cottbuser Ostsee Lake will be of use for the fisheries sector. The eastern banks will be reserved for nature conservation. Until 2018 the lake bed is being created from the dumps of the former opencast mine. In June 2017 the ground-breaking ceremony took place for building the ooding facility.

Flooding with Spree River water will take place as quickly as possible. It is planned to start in the winter of 2018 / 2019. The water volume approved for this will be taken from the Hammergraben at Lakoma and fed via an underground pipeline to the ooding facility and then into the lake basin.

The future east banks of the Cottbuser Ostsee Lake will be characterized by diverse structures, islands and shallow waters. There is considerable potential for developing a wide variety of habitats and making it a suitable nature conservation area. 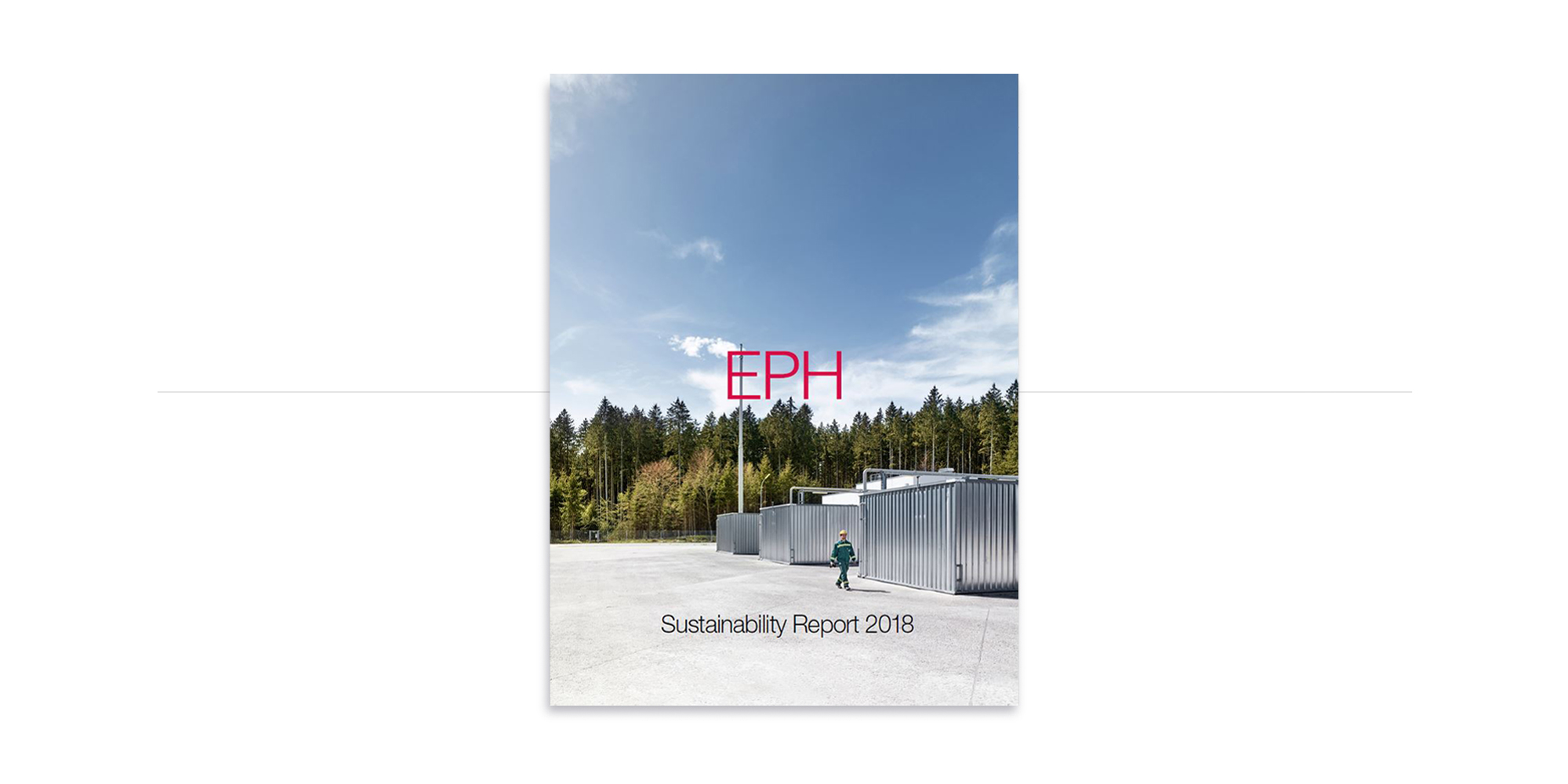 This website stores data such as cookies to enable the basic operation of the site, as well as marketing, personalization and analysis. You can change the settings or accept the default settings at any time. About cookies